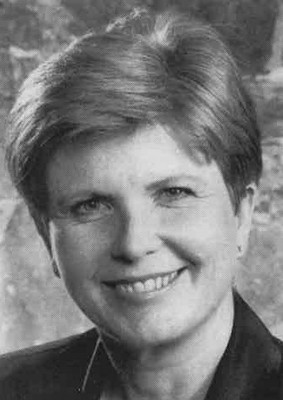 Nancy J. Hutson is senior vice president of U.S. Exploratory Development and U.S. Development Sciences for Pfizer, Inc., in Groton, Conn. She is responsible for the progression of potential new drug candidates through the research and development process. She is also responsible for the U.S. Development Sciences organization, consisting of developmental research, drug safety evaluation, and the project management department. Hutson graduated cum laude in 1971 with a degree in biology and received her doctorate in physiology from Vanderbilt University in 1976. From 1976 to 1978 she was a post-doctoral fellow in clinical biochemistry at the Radcliffe Infirmary, University of Oxford, and from 1979 to 1981 she was assistant professor at the Pennsylvania State University's Milton S. Hershey Medical Center. Hutson joined Pfizer in 1981 as a bench level scientist in diabetes research and led the company's Department of Cardiovascular and Metabolic Diseases Research from 1985 to 1993. As vice president of strategic management for the Central Research Division, she headed Pfizer's strategic planning for research and development efforts. She has served as a permanent member on the National Institute of Health Metabolism Study Section and received the Rosalind S. Yallow Research and Development Award of the American Diabetes Association. The author of numerous academic research papers, Hutson serves on the board of directors of Planned Parenthood of Connecticut and was honored in the YWCA's 19th annual salute to women achievers in 1992. Hutson is married and lives in Stonington, Conn.