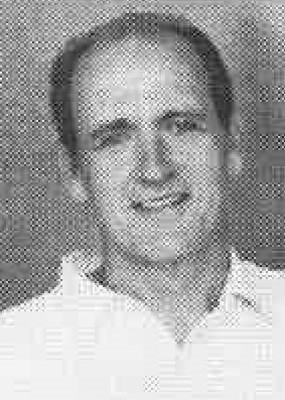 Derek Annstrong of All Movie Guide writes, "A balding supporting actor with a grin that suggests he knows something you don't, [Richard Jenkins] has become one of the most in demand character actors in Hollywood." Though Jenkins has worked steadily since the early 1980s, appearing in over 35 feature films in addition to extensive live theatre work, Jenkins may have made his most memorable impression as the patriarch of the family of undertakers on the hit HBO drama, "Six Feet Under." His character, Nathaniel Fisher Sr., was killed off in the first episode, but Jenkins continues to appear as a spirit lingering in the family's memory, perhaps a metaphor for Jenkins's own lingering impact on viewers, even when he appears in small roles. A native of DeKalb, Ill., Jenkins received his bachelor's degree in theater from IWU in 1969. He developed a long and distinguished regional theater career, most notably a 15-year stint at Rhode Island's Trinity Repertory Theater, where he served as artistic director for four years. He earned his first movie role as early as 1975, but did not begin working regularly until a role in the film "Silverado" in 1985. Supporting work in such films as "Hannah and Her Sisters", "The Witches of Eastwick", and "Sea of Love" followed, and Jenkins spent the early 1990s specializing in made-for-TV movies. In the late 1990s Jenkins started gaining wider appreciation, especially as he indulged in his talent for comedy. He was nominated for an Independent Spirit Award for his role in the 1996 film "Flirting With Disaster." His professional association with directors Peter and Bobby Farrelly has led to roles in "There's Something About Mary," "Outside Providence," "Say It Isn't So," and "Me, Myself & Irene." Jenkins and his wife, Sharon (also a 1969 IWU graduate), live in Cumberland, R.I., and are parents of 1997 IWU graduate Sarah.