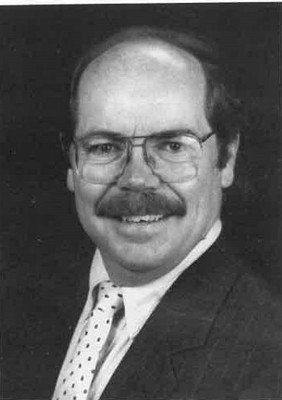 Dave Kindred is a columnist for The Sporting News and Golf Digest magazines. A native of Atlanta, Ill., he attended Illinois Wesleyan on a Pantagraph scholarship and worked at the local daily newspaper while a student. He played second base on Jack Horenberger's Titan baseball team and served as sports editor for The Argus in addition to writing the column "Kindred's Komer." Kindred graduated with an English major and political science minor and worked at The Pantagraph until 1965, when he went to work in the sports department of the Louisville (Ky.) Courier-Journal. In 1976 Kindred began an eight year association with the Washington Post before leaving in 1984 to work for the Atlanta Constitution. Kindred worked from 1989 to 1991 for The National, a national sports daily paper. In 1991 he began his column for The Sporting News and started writing his Golf Digest column in 1997. From 1995 to 1998 he worked again for the Atlanta Constitution, serving as a Washington, D.C., columnist, covering politics and other topics. In 1997 Kindred was named "National Sportswriter of the Year," elected by the National Sportscasters and Sportswriters Association, and he was chosen in 1984 as the "Best Sports Columnist in America" by the Associated Press Sports Editors Association. In 1991 he won the Red Smith Award, a lifetime achievement award, also given by the Associated Press Sports Editors Association, and 15 times he has been honored as "Sportswriter of the Year" in three different venues, as voted by NSSA members in Kentucky, Georgia and Washington, D.C. He was the 1971 "National Headliner Award" winner for local columns in Louisville. Among his seven books are "Around the World in 18 Holes" and the collection "Heroes, Fools, and Other Dreamers." Kindred and his wife, Cheryl, have one son (Jeff) and three grandsons (Jared, Jacob and Kaleb).