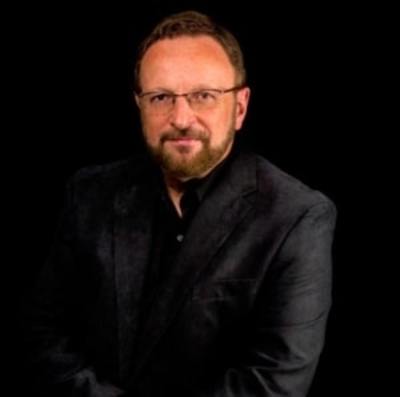 Wayne P. Messmer ‘72 (born in Chicago, IL) is a professional speaker, singer, broadcaster, author, and actor. He is a professional member of SAG/AFTRA and the National Speakers Association. He was the long-time public address announcer for the Chicago Cubs. He is known as the popular “Voice of Wrigley Field” for singing "The Star-Spangled Banner" before many Cubs games, as well as prior to all Chicago Wolves American Hockey League games. Messmer is part owner of the Chicago Wolves. He is a member of Phi Mu Alpha Sinfonia, the national fraternity for men in music. At Illinois Wesleyan, Wayne received a bachelor’s degree in music education in 1972 and was a Drum Major of the Marching Titans and a member of the Collegiate Choir. In May 2003, Illinois Wesleyan awarded Wayne the Honorary degree of Doctor of Humane Letters after he delivered the Commencement Address on campus. Wayne credits his love for singing, even to this day, to his mentor Dr. David Nott, who directed the Collegiate Choir at IWU.