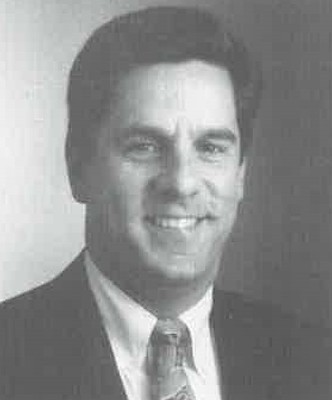 President and chief operating officer of VanKampen Merritt, Inc., since 1990, Bill Molinari joined the Xerox Financial Services Company in 1977. The company provides wholesale investment brokerage and consulting services nation-wide, and also sponsors individual investments in tax-free trusts and mutual funds. He also serves on the Board of Governors for the Investment Company Institute. A business administration major, Molinari served Kappa Alpha Psi, professional business fraternity, as vice president. He earned a master of business administration degree in 1976 at Illinois State University. He was a three-year letterman in basketball and a standout as the "sixth man" on the 1975 CCIW championship team that featured Sikma, Spear, Foote, Bradley and Eldredge. He returned to assist Coach Dennie Bridges during the 1975-76 season as junior varsity coach, then moved to the University of Illinois at Champaign-Urbana as a part-time assistant to coach Lou Henson during 1976-77. Molinari has served Wesleyan as a class agent in the late 1970's, is currently a member of the President's Club, and works closely with the Career Center to facilitate student internships at Van Kampen Merritt.