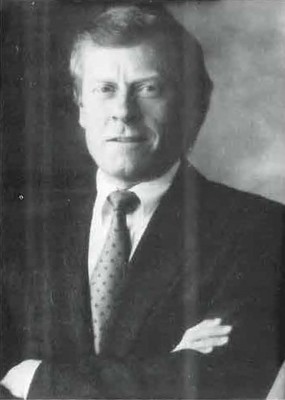 White is the president, chief executive officer, and chairman of the board of lnformix Software, Inc., of Menlo Park, Calif. Informix is the primary relational database management system to such industry leaders as Oracle Corp., and Sybase Inc. and under White's direction, Informix has completed seven consecutive quarters of record revenues and earnings. Before joining Informix in 1989, White was president of Wyse Technology, Inc., and was vice president of sales and marketing at Altos Computer Systems. He also spent 15 years with IBM in a number of sales and marketing positions after earning an M.B.A. at the University of Illinois, Urbana-Champaign. In 1993, Financial World magazine selected White as a CEO of the Year Industry Award winner, an award given to the most highly-regarded executives in their respective industries. White was also named "Entrepreneur of the Year" at the seventh annual San Francisco Bay Area Entrepreneur of the Year awards, selected as the winner in the "Turnaround" category, based on the company's record-breaking 1992 financial performance. White also serves on the board of directors for Adaptec, the American Electronics Association, Central Point Software, and Lynx Real-Time Systems, Inc. He is a member of the Santa Clara University advisory board.