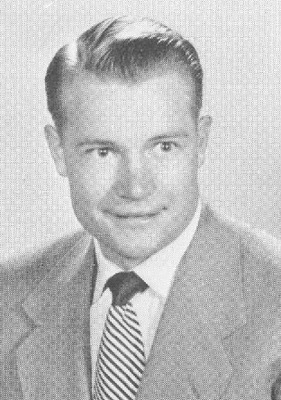 Bobby Winkles, who left Wesleyan's campus as a major league baseball prospect in 1952, returned this fall to receive a Distinguished Alumni award as one of the nation's most respected college coaches. Making the presentation to the Arizona State baseball coach at half-time of the Homecoming football game was his college roommate, Don Clemens, Bloomington insurance executive who is vice-president of the IWU Alumni Association. Coaching duties had prevented Winkles from receiving the award on Alumni Day in May, so he became the award's first fall recipient. The only other sports figure to be honored since the awards were started in 1949 was Jack Horenberger, Wesleyan athletic director who coached Winkles in baseball and basketball. Described by Horenberger as having the knack of being a stern disciplinarian while making the game enjoyable for his players, Winkles has coached Arizona State to three national championships. He coached the United States to second place in the 1971 Pan-American Games in Columbia. A basketball and baseball star here, Winkles signed with the Chicago White Sox in 1952 and played in their farm system until he took the Arizona State job in the fall of 1958.