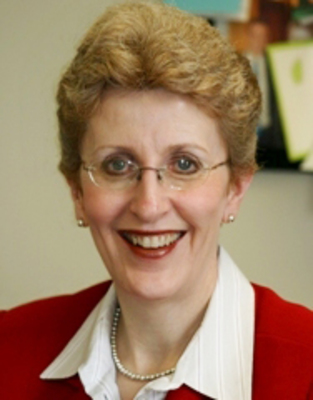 A magna cum laude graduate from IWU, Kris earned a paralegal certificate from Roosevelt University and later a master’s degree from Loyola University Chicago. In spring 2014, Kris earned a Doctor of Education from National Louis University in Chicago. Kris began her career in a small law firm near her hometown, and later was hired as the first deputy clerk for the Illinois Supreme Court Clerk’s Chicago office. She returned to teach in Roosevelt’s paralegal program, and worked for a top Chicago law firm, as well as the American Medical Association in legal applications training and development. She joined Kankakee Community College in 1998 as a professor and program coordinator in Paralegal/Legal Assistant Studies. Her work at KCC was honored in 2013 at the 24 th Annual Exemplary Initiatives Competition during the International Conference on College Teaching and Learning. In addition to her many career accomplishments, Kris volunteered as the IWU alumni class newsletter editor for 29 years. Kris has kept Titan alumni informed about fellow classmates and all the changes in their lives. She was the editor for her own Class of ’84 and the Classes of ’81 through ’85; she has been an active member of each of the reunion committees for the Class of ’84 and actively mentors and advises students. Kris has served on the IWU Alumni Council Executive Board and the IWU Alumni Fund Board. While an IWU student, she was a member of Sigma Kappa, Phi Kappa Phi, Green Medallion and Alpha Lambda Delta.