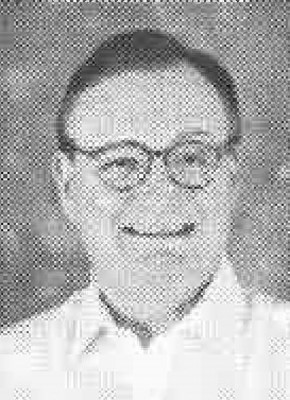 A 1970 graduate, Carl F. Dixon has been the president and executive director of the Kidney Cancer Association since 1995. Dixon earned bachelor of arts and science degrees, magna cum laude, from !WU, where he was a member and officer of the Acacia fraternity and various honorary organizations. His IWU volunteer activities began in 1972 when he first served as a class agent. In later years he served as co-chairman for the Class of 1970. In 1976 he began a three-year term on the Alumni Council, and he joined the University's Board of Visitors in 1986. In 1990 he became active in the Chicago Regional Almuni Association, serving on many committees and assisting in planning events, including the first Chicago Regional Outing. In 1995 he was one of three chairpersons for the Class of I 970's 25th Reunion. He served as president of the Chicago Regional Association from 1998-2001 and was co-chairman of the University's Chicago Sesquicentennial Celebration. He is currently a member of the Alumni Association Executive Committee. After graduating from !WU he was awarded the Edward R. Murrow Fellowship to the Fletcher School of Law & Diplomacy, where he received his master's degree. In 197 4 he earned a juris doctor degree from the University of Chicago Law School. Prior to joining the Kidney Cancer Association, Dixon practiced law in Chicago. He has a long history of service lo voluntary health organizations, serving since 1977 on various boards of the American Lung Association. He is a member of the Board of Directors of the National Health Council, Friends of Cancer Research, and the National Coalition for Cancer Research. He has also served as a director of the Chicago Opera Theatre and as an officer and director of the Kenilworth (Ill .) Club. Dixon is the father of two daughters and lives with his wife, Lonna Williams, in Kenilworth.