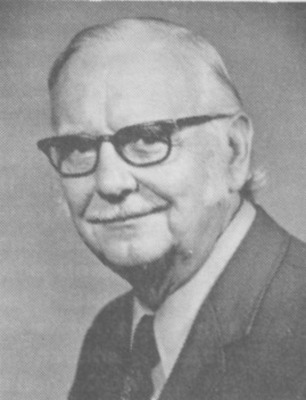 Bernie Gummerman graduated from Illinois Wesleyan in 1931 and returned to work in his father's print shop, where he had worked since the age of six. Gummerman Printing secured The Argus account in 1933 and printed The Argus for sixty years, until the shop closed in 1993. As a student at IWU, Gummerman was a member of Sigma Chi, a founding member of the Century and President's Club and the Board of Visitors. He received the IWU Loyalty Award in 1981.