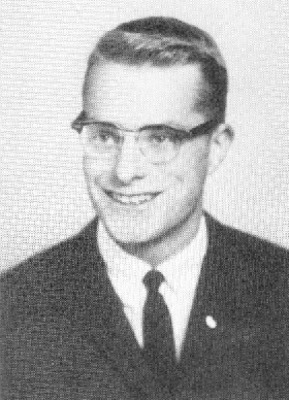 Kent W. Wallace graduated from Illinois Wesleyan in 1962 with a BS in Insurance. Kent was a member of Tau Kappa Epsilon fraternity and the Alpha Kappa Psi honorary society. Kent worked as a sales representative at Belden Wire and Cable in Chicago before moving to Dallas in 1965. He founded Wallace Electronics in 1977 and guided his company to become a leading player in the electronics distribution industry. He was President and CEO for more than fifteen years, retiring in 1994 after suffering a stroke. Kent and his wife, Sue, served on the Greater Dallas/Ft. Worth Campaign Leadership Committee and have hosted numerous Greater Dallas/Ft. Worth Connections in their home and at local museums and clubs. Kent has served as a Class Agent and as a member of IWU's Board of Visitors. In 1994, Kent and Sue established the Edythe E. Wallace Endowment Fund for Scholarships in memory of Kent's mother. Their reunion challenge gift in 2002 encouraged classmates to increase gifts to the Annual Fund. Kent and Sue also made the lead gift in 2003 of $500,000 to spearhead The Minor Myers Welcome Center. Kent and Sue have three children - Kent Wilkinson, John William and Catherine Elliot.