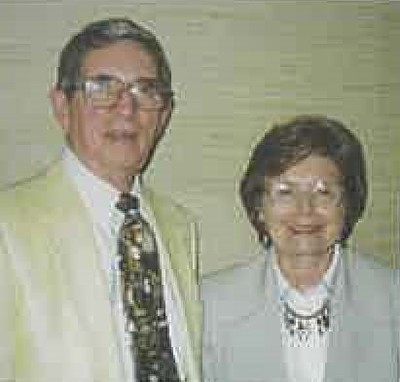 For more than 30 years, Dennis and Margaret Watson of Bloomington have served in a number of capacities to benefit Illinois Wesleyan University. Dennis was one of the original members of the !WU Alumni Council in the 1980s and has been a member of the Board of Visitors since 1991. He has been a Class Agent since 1973, his Class Chair since 1992 and, with Margaret, has served as Cochair for 40-45-50 Class Reunions. He has been a Phonothon Volunteer, a Regional Recruiter for !WU Connections in Sarasota, Fla., and they have been financial contributors at the John Wesley Powell or President's Club levels for 30 years. Dennis, who graduated in 1950 with a degree in business administration, served in the U.S. Air Force after graduation and worked at State Farm Insurance from 1953 until his retirement in 1990. He was a director of Service and Systems. Margaret, who attended !WU from 1946-49, worked at Bloomington's Gailey Eye Clinic and was a housewife. The Watsons are parents of two grown children - Mark and Meg.