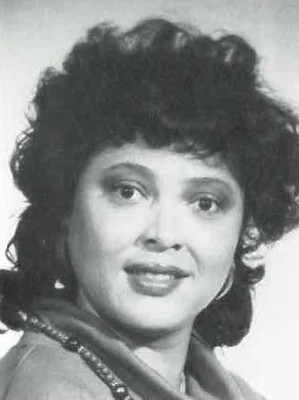 A productive career as a student at Illinois Wesleyan University served as a springboard into medical prominence for Dr. Janine A. James, the winner of the Robert M. Montgomery Outstanding Young Alumna Award. Dr. James is Assistant Professor of Obstetrics and Gynecology in the Division of Maternal-Fetal Medicine at the University of Wisconsin-Milwaukee, Mount Sinai Medical Center. She joined the staff in 1985 after serving a two-year fellowship in maternal-fetal medicine at the University of Illinois-Chicago, where she served as an instructor on the faculty. Dr. James came to IWU after being the valedictorian of the 1971 graduating class at John Marshall Harlan High School in Chicago. During her undergraduate days she won many honors and held positions of responsibility in student government. As a member of Student Senate she headed the Senate's Student Welfare and Human Relations Commission. She was a University Ombudsman and served as student recruiter for the Admission Office. She received her medical degree from the University of Illinois at Chicago in 1979, was a resident at Mount Sinai Medical Center in Chicago from 1979 until June 1982, then served as Chief Resident in Obstetrics and Gynecology at Catholic Medical Center in New York City in 1982-83. She has done additional graduate work at the University of Illinois School of Medicine, Yale University and the University of Illinois School of Public Health. In 1984, Dr. James was named one of the 10 Outstanding Young Citizens of Chicago by the Chicago Junior Association of Commerce and Industry and in 1983 she was named one of the Outstanding Young Women of America. She was named the Outstanding Resident, Mount Sinai Hospital, Department of Obstetrics and Gynecology, in 1981 and received a Young Men's Christian Association Distinguished Service to Youth Award in 1972. She has special interests in adolescent sexuality and pregnancy and in pre-maturity and pre-term labor and has written many articles and made numerous presentations on those and related subjects. Dr. James is married to Dr. Charles L. Cromwell, M.D. They live in Glendale, Wis.