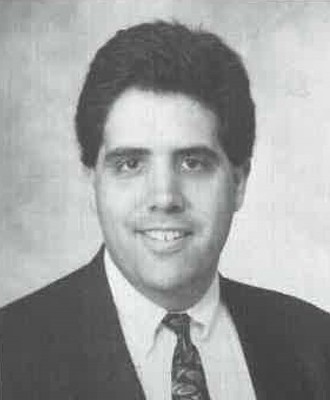 Gary got a running start on his career when he joined the Wesleyan Associates, an organization of business and professional supporters of IWU, while still an undergraduate. After he earned a summa cum laude degree in business administration, he entered commodities trading as a registered representative and Bloomington (Ill.) branch office manager of Norwood Securities. From 1981-1983 he was also president of Roth-Honegger Co, Inc., a family-owned feed and grain business in Bloomington. In January 1984 he formed his own trading advisory business. In 1986 he founded GK Capital Management, Inc., trading foreign currencies, based on a statistical model he designed. The company is now the second-largest money management firm in the world, with a portfolio in excess of $100 million, and Klopfenstein is recognized internationally as one of the world's premiere currency traders. He is also president of GK Investment Management, Inc., a registered investment advisor and author of Trading Currency Cross Rates. He and his wife, Candice are members of IWU's President's Club. They are the parents of Laine, 2, and reside in Bloomington.