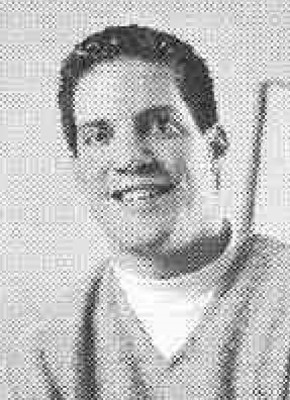 Shaye Mandie has been recognized as one of the "Top 100 People of Chicago's High Tech Economy" in 2002 (I-Street Magazine) and as one of Crain's Chicago Business "Internet 100" in 2000 (the top I 00 decision-makers affecting the growth of the Internet Economy in Chicago). Since April, Mandie has been executive director of the East-West Corporate Corridor Association in Naperville, Ill. Founded in 1985, the EWCCA is the western suburbs' premiere business organization, representing 170 companies along the I-88 Illinois Research & Development Business Corridor and focussing on public policy, strategic planning, and networking and keeping its members engaged and informed about business dealings and community activities. After graduating in 1993, Mandie served as a legislative liaison to the Illinois Department of Revenue for Governor Jim Edgar and also worked in the Washington, D.C. office of Illinois representative J. Dennis Hastert. After earning a juris doctor degree from Duquesne University, Mandie entered private practice with the Aurora, Ill., firm of Murphy, Hupp, Foote, Mielke & Kinnally. In 1998-99, Mandie was district director for U.S. House Speaker Hastert in Batavia, Ill., and from November 1999 to April of this year, Mandie was president of the Illinois Coalition in Chicago, a public/ private partnership focused on growing Illinois' economy through science and technology. While at the Illinois Coalition, Mandle was active in crafting and securing Governor George Ryan's VentureTECH agenda, a $2 billion investment by the state in its technological and research infrastructure. A frequent guest lecturer on law, politics and business at a number of colleges and universities. Mandie has served on many advisory councils, including the Illinois Workforce Board, the Illinois VentureTECH Commission, the Mayor's Council of Technology Advisors and the Chicago Biotech.