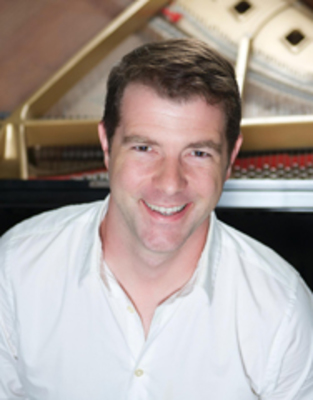 Sean completed a bachelor’s degree of music with a major in music composition. He earned master’s and doctoral degrees in jazz studies before joining the faculty at Ohio University. He has enjoyed success as a performer, composer and educator. As a jazz pianist, he performed at both national and international music festivals. Sean has been a guest artist and adjudicator at numerous collegiate jazz festivals, and recently released his debut recording as a pianist and Composer. Sean’s national notoriety as an educator is evidenced by an invitation to be the jazz combo director for the 2011 South Dakota All-State Music Educators Festival and a subsequent commission to compose a work for the All-State Jazz Ensemble. He has served as a pianist and arranger for the 2012 Landau Eugene Murphy, Jr. tour (“America’s Got Talent” winner, 2011), where his work was featured both nationally and internationally. While a faculty member at Marshall University, Sean created initiatives to increase the retention rate of music majors. The most successful has been the development of a “Jazz Mentor” system in which incoming students are paired with an upperclassman before they arrive on campus. The mentors are encouraged to assist younger students in and out of the practice room. From 2004 to 2006 Sean served as an adjunct professor of music at IWU.