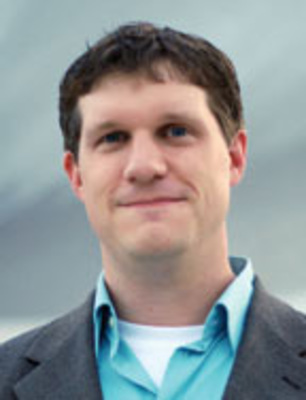 Despite a hectic film production schedule, Brian Udovich makes time to assist fellow Titans who are interested in the movie industry. Acknowledging the help he received from IWU alumnus Dan Garrett, Brian is committed to assisting fellow alumni whenever possible. A native of Joliet, IL, Brian received his Bachelor’s in Business Administration with a minor in computer science in 1998. From 1998 through 2002, he traveled the world working for both Ernst and Young and Cap Gemini as a senior business consultant. In 2004, Brian took a leave of absence from Cap Gemini to attend the American Film Institute where he received his MFA. His thesis film, “The Monster and the Peanut,” was awarded the Sloan Foundation Grant and selected for an Emmy award for best student in dramatic film. In 2006, Brian produced his first feature film, “South of Heaven”. His success continued with “All the Boys Love Mandy Lane.” Brian co-produced “The Key Man” which stars Hugo Weaving (The Matrix, Lord of the Rings), Brian Cox (Borne Identity, Zodiac), and Jack Davenport (Pirates of the Caribbean). He joined Occupant Films & Snoot Entertainment as a producer for the company. Brian co- produced “The Wackness,” which stars Sir Ben Kinglsey (Academy Award winner for “Gandhi”), Frank Jansen, Method Man, and Josh Peck in 2007.